My Pal and Comic Book Writer and Novelist Mike Baron

I hardly write about anyone but myself on this blog. Not only because I'm a narcissist, but because I'm busy as hell--writing, writing, writing. And running my  young Australian shepherd over hill and dale. I'm devoting this post to my pal Mike Baron, a long-time comic book writer who has broken into prose novels of late. Mike's prose work has been slow to catch on, and I hope this blog will help turn that around, because if you've never read Mike Baron, and you like imaginative, mind-blowing, hard-to-categorize fiction, you need to. Mike is a true original. I've loved everything Mike has written including the graphic novel THE ARCHITECT. 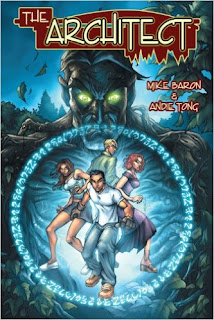 Here is a short essay I posted on Facebook some weeks ago.

My pal Mike Baron, creator of the NEXUS and BADGER comic book series, one of the first independent comic book writers back in the 80's, author of the current and mind-blowing BANSHEES, which I just read and has caused me to go on medication. In a good way. Mike and his writing are both unique. Some would say in a good way. Don't ask his wife. If not for Mike, I never would have become interested in comics enough to chase my own gig writing six issues of BAT LASH for DC Comics--penning an origin story for that classic series started in the 60' by Sergio Arogones, who I got to work with on my own series, as well as with the famous and now-deceased John Severin from MAD and HEAVY METAL fame. I owe all of that to Mike, who put me in touch with DC. Mike's a legend in his own time. I mean that literally and not one bit facetiously. He is a true Mid-western original and he deserves a much larger audience today for both his older comic books and his current novels. We used to have great comic book and writerly gatherings in his house in Fort Collins, back when we were (relatively) young and unwashed and full of vim and horse manure. Fun times. Many great, young talents around that table, a couple who went along to the big-time in no small part due to Mike's influence and his getting them early jobs and for which they, like myself, owe him a great deal. Mike always grilled cheap chicken on his little grill, on the floor of his garage, and boiled packaged rice with black beans. That was our staple. With a salad of wilted lettuce and Newman's own vinaigrette salad dressing with a marked down label on it. I wish I was there now, this Friday night, with his dogs leaping around like rabid wolves and esoteric power pop blasting on his boom box, the perfume of Colorado incense mingling with the smell of charcoal and lighter fluid.

Anyway, here are a few of Mike's incredible, mind-blowing books--a combination of fantasy, noir, and comic book action--and I hope you'll take a look and give him a shot. 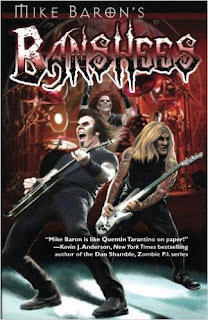 Notorious for their satanic lyrics, drunken excess and rumors of blood sacrifice, the Banshees shocked the world with their only album Beat the Manshees. Death stalked their concerts--lightning, stabbings, overdoses. The world heaved a sigh of relief when the Banshees all died in a plane crash. Or did they? Forty years later, with no fanfare, they appear in a seedy Prague nightclub. Ian St. James, son of original Banshees drummer Oaian St. James, can't believe his eyes. Ian's attempts to get backstage nearly kill him. In Crowd sends hot young reporter Connie Cosgrove to cover the Banshees along with that old burn-out Ian. Ian falls hard for the stunning Connie who regards him with a mixture of disgust and amusement. As if! The Banshees phenomenon goes viral--are they real or is it all a brilliant publicity stunt? Every time Banshees play someone dies. Is it bad luck or part of some diabolical plan? As Connie and Ian dig into the Banshees' past they find disturbing links to black magic, the Russian mob and an ancient Druidic sect. Death only adds to their mystique as the Banshees steamroll across North America toward a triumphant appearance at LA's Pacific Auditorium. Ian finally grasps the real reason they've returned--to tear a rift between our world and a monstrous evil-- a rift created by an infernal machine built into Pacific Stadium and powered by human flesh. 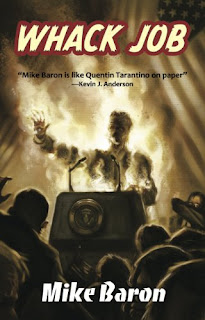 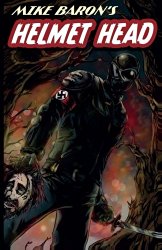 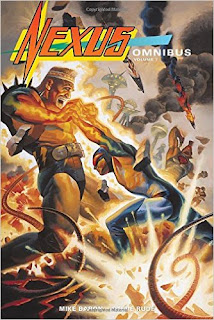 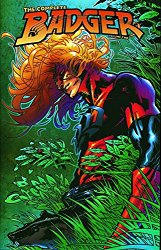 Check out all of my Mike's work on AMAZON 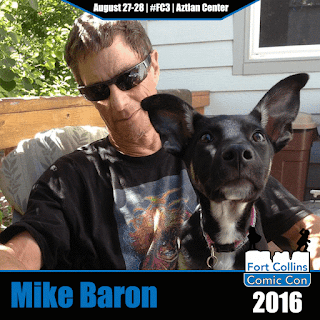 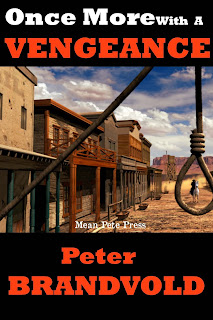 Sheriff Ben Stillman finds himself in the unenviable position of having to arrest a young man for murder on suspicious evidence.

But the cards are stacked against the young firebrand who calls himself Johnny Nevada. One, Johnny has gotten Judge Hoagland’s daughter pregnant, shaming and enraging Hoagland himself. Two, Johnny warned Dave Bliss he was going to kill him because Bliss ordered Johnny to stay away from Bliss’s daughter, Sarah, whom the young Casanova was also sparking. Johnny made the warning public and two weeks later Bliss was dead.

Now Stillman has Johnny locked up in his jail at the courthouse. The judge wants to try the boy pronto and won’t recuse himself though under the circumstances Stillman knows he should.

The young man’s luck is about to get even worse when unknown men ambush Stillman and try to kill the kid in the courthouse cellblock. Knowing that Johnny Nevada will hang at the very least, or get filled full of lead before he can hang at the very worst, Stillman sees no option but to bust the kid out of his own jail.

With the help of a beautiful and mysterious young woman, Stillman hides Johnny away in a cabin in the Rattlesnake Hills. Now maybe Stillman can get to the bottom of the mystery of who killed Dave Bliss before the hideout is discovered by the enraged judge’s vigilante posse...or the legendary Snake Woman, who supposedly haunts the hills, comes stalking.

Meanwhile, a bank robbery in Clantick interrupts the wedding of Doctor Clyde Evans and Katherine Kemmett, giving the roguish doctor just enough time to reconsider his affection for not only bachelorhood but the pretty young waitress, Evelyn Vincent.

As we've come to expect from Peter Brandvold, king of the fast-action, sexy, hard-hitting western novel, it's all here -- love and death, bullets and blood . . .

TAKE A LOOK AT AMAZON