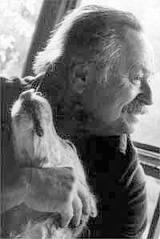 The letter below is one of my most prized possessions, and I lost it for a long time before it finally cropped up in some box I had stashed away with other paraphernalia.  For about twenty years, I had it tacked to the bulletin board above my desk.

Jim Harrison was my first favorite writer after Alexandre Dumas.  When I was in high school and college, I read everything I could find by him, including his relatively obscure poetry.  In short, I idolized him.  I still think that his "Legends of the Fall" is one of the best novellas ever written.  (I still refuse to see the movie.  Come on, Brad Pitt as Tristan?  Come on!)

So I'm very happy to have found the letter he wrote in response to a three- or four-page, crazy, over-zealous, likely-beer-splashed missive I hammered out a year after I graduated from high school, on my old Royal standard that sounded like a Gatling gun--or would have if I'd been a better typist.

Anyway, here it is. 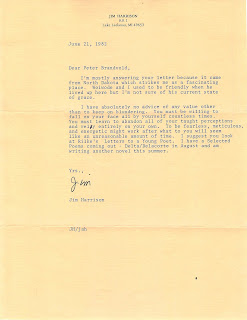 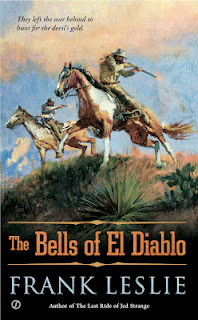 Mean Pete Press Lives while the Colorado wildfire rages on, and Mean Pete watches nervously the smoke billowing up from behind Horsetooth Rock, prepared to grab his two aged curs, his beer, cigars, and laptop, and hightail it at anytime.  (Anyone care to offer shelter to a beer-guzzling western writer and his two motley old curs?)

Anyway, I've touted this new Frank Leslie book before here a few times, and I am unashamed to tout it once more.  It's the first book in a brand-new series from Signet starting in about two weeks--the actual publication date is July 3.  It's about two Confederate treasure-hunters in the American Southwest and Old Mexico.


He’d fashioned the bayonet himself back at his family’s Seven Oaks Plantation—ten inches of double-edged steel cut from a plow blade—and it slipped so smoothly through the Union soldier’s dark blue tunic and into his belly that for a second Lieutenant James Allen Dunn thought he’d missed his mark in the misty darkness.

But then there was a crunch of bone as he lowered the Enfield’s rear stock and drove the bayonet up beneath the federal soldier’s sternum and into the hot, thudding fist of his heart.

There was a snick of steel against bone as James pulled the blade out of the soldier’s belly.

Another gasp. A strangled sigh.

James stepped out away from the tree he’d been crouched behind. He closed his broad left hand over the corporal’s nose and mouth, and the soldier dropped his Sharps carbine as James drove him back and down, until he was on his back on the spongy ground. The corporal kicked and quivered and flailed his arms, blinking horrifically up at James, who snarled savagely as he applied more pressure to the dying man’s mouth, forcing back a possible scream that would alert his Union ilk skulking about these wooded north Georgia hills and eerie hollows on this hot, chillingly quiet late-summer eve.

Here are some pics from the wild fire raging west of Fort Collins and which sent Mean Pete and his critters on the lam to Denver, hoping his dingy offices of Mean Pete Press survive so Mean Pete can get more ebooks out soon.

Anyway, here are the pics, taken by Mean Pete's long-suffering sis, who helped him clear out with his curs, laptop, and beer. 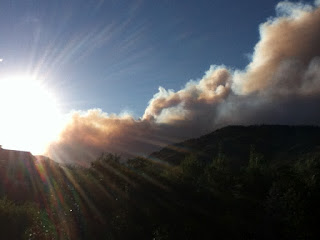 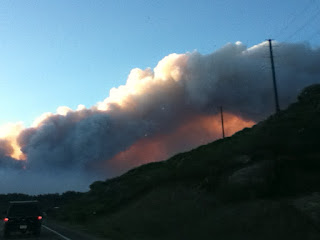 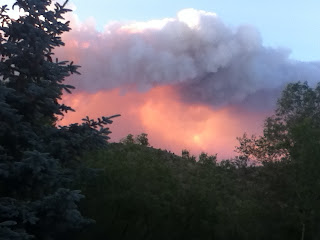 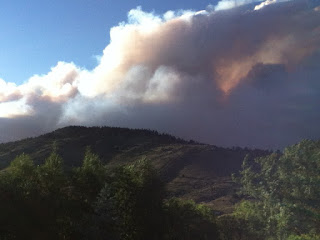 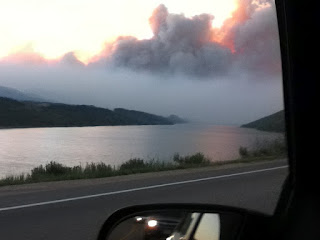 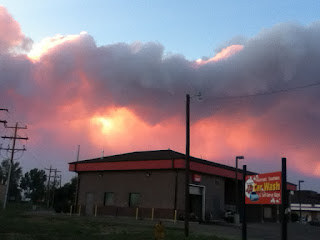 Here is Mean Pete lounging with his curs, Thor and Miss Stella, while on the lam at his sister's place in Denver.


And here's Mean Pete's sis with her nephew and niece. 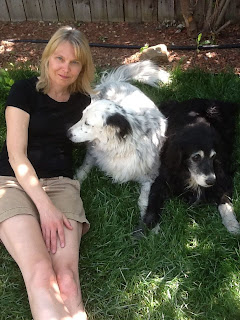 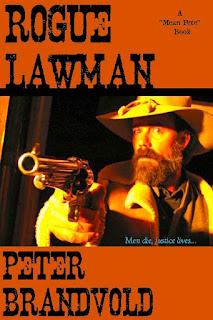 The first Rogue Lawman will be up soon for both Kindle and Nook from Mean Pete Press.  Just gotta get the old cyber presses oiled up and primed and lay in a fresh bait of cigars and a few cases of cheap beer and dog food for the work force.  Crankin' these out takes time!

I keep getting lots of mail on this series.  It seems to have a fairly loyal following, so I've decided to start publishing new entries exclusively for ebook later this winter and next spring, using covers similar to this one.  The gent on the cover here is my friend Rock Kurz.  Rock looks almost as mean as Mean Pete himself, don't he?  He might be a tad better looking, but I bet Mean Pete gets more wimmen.  (Mean Pete has a bigger club, don't ya know!  Hee-hee.)

I also intend to finish up BULLET FOR A VIRGIN soon, as well.

Mean Pete needs to stop drinkin' so much beer and takin' so many naps not to mention yellin' and shakin' his fist at the neighbor kids!

In the mean time, ONCE A RENEGADE is doing well on Amazon.  It seems each one of these books from Mean Pete Press sells better than the one before!

That puts a grin on ole Mean Pete's craggy face.

Doesn't make him any less mean, though...