The Inestimable, the Venerable Wayne Dundee 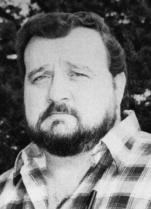 Okay, you can maybe estimate him but be careful with what you come up with because he's as big as an NFL lineman and while I have a feeling it takes a lot to get him fighting mad, I wouldn't want to find out in person.  Wayne could do some damage.  At least, that was my sense when we met for brews and Mexican food here in Fort Collins last summer.  Fortunately, however, Wayne does most of his damage on the page.  And I mean that in a good way.  Like a sporting fighter, he saves his best blows for the ring. 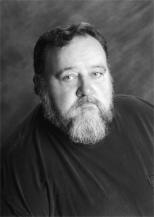 Wayne Dundee has written some of the best western novels around.  Some of the best stuff I've read by anyone at any time, and I couldn't recommend him more highly.  Most of you reading this probably already know Wayne's stuff.  Or maybe you've read James Reasoner's reviews of Wayne's books and stories on his Rough Edges blog.  I agree with everything James said and won't try to compete with his eloquence. 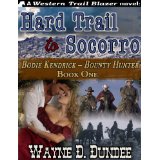 Let me just say that Wayne Dundee is the real thing.  He writes novels the way Howard Hawks once directed films.  By that I don't mean he's old-fashioned at all.  His stories are colorful and eloquent, and while they're not always packed with action (though there is plenty of action and some tastefully rendered sex), the characters and situations leap right off the page the way Hawks's leaped off the screen.

I started with Wayne's first book, DISMAL RIVER (was happy to write a blurb for it), and I just finished HARD TRAIL TO SOCORRO.  I'll be damned if it wasn't one of the two or three best western novels I've read this year.  Not that I was all that surprised, because before Wayne started writing westerns he wrote some very well reviewed novels in the hard-boiled crime genre featuring his detective hero, Joe Hannibal, whom I understand has somewhat of a cult following among the genre's aficionados.  While I haven't read any of those books yet, they're on my list.

For now, please take my advice.  If you want to read a really terrific western novel, go over to Amazon or Smashwords or Barnes and Noble and download DISMAL RIVER and just keep on reading through all of Wayne's novels and stories so far, and you won't be disappointed.  His work is classic in the best sense of the word, and by that I mean the characters and stories are incredibly rich, multi-dimensional, and satisfying, the way that RED RIVER or RIO BRAVO were.  That said, Wayne's work moves with a contemporary narrative thrust and the smooth precision of a prose poet but with a rough, tough edge reminiscent of Mickey Spillane, whom I know Wayne admires.

It's a shame one of the larger New York houses hasn't picked up Wayne's westerns yet.  Here's hoping they will soon and that Wayne keeps hammering out these terrific stories in his home in Ogallala, Nebraska--at one time one of the rowdiest of the old-time cowtowns.  The genre needs all the good writers it can get.

This is the first "weird" thing I wrote.  A paranormal short story.  And while it is a long short story, it is not a "novel" as the band across the top suggests.  Originally published in an anthology called Lone Star Law (Pocket) about six years ago, it's now being republished as an e-book by Western Trail Blazer.


And it's only a buck, so if you haven't read it, go over to Amazon or Smashwords and throw my dogs a bone!


Ranger Tim Armstrong seeks shelter from a Texas snowstorm with his injured prisoner, Renfrow. Half a dozen men, a pretty young woman, and a boy watch as he slings the unconscious desperado over his shoulder and totes him to a room in the saloon's second story.

As the night deepens and the storm worsens, the Ranger keeps watch for the trouble he suspects is behind him. When Renfrow's gang shows up, adding a lead storm to the blizzard, the Ranger gets help of a most unusual sort.
at November 23, 2011 2 comments: 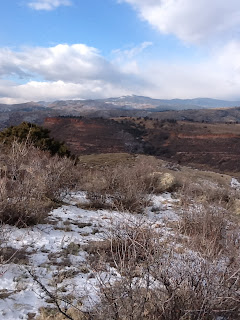 If you walk about a quarter-mile above my house, you get a great view of where Yakima Henry, the character I write under my Frank Leslie name, is right now holed up with a beautiful Indian gal.  Her name is Quiet Bird.  She resembles an otherworldly hypbrid of Claudia Cardinale, Sharon Tate, and Raquel Welch.  Those hump-backed mountains in the far distance are the Mummy Range, and that's where Yakima is holed up in a little log cabin surrounded by mossy rocks and pines and a little, frozen creek...with Quiet Bird. 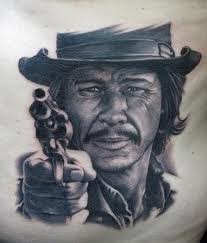 Only, Quiet Bird is not so quiet anymore.  Yakima is getting tired of the girl.  It was fun for the first few days, but she's becoming a harpy, as they so often do.  She wants him to split more wood, pick up his beer cans, and use the privy.  She's tired of all the yellow snow around the stoop.

Yakima is getting restless.  He needs another adventure.  He told me so last night in a dream.  "Hey, partner," he said, nudging my shoulder.  "Get me out of here, will you?  Let's hit the trail.  Hey, why don't you take me down to Mexico again?  How about an adventure amongst the balmy breezes on the Sea of Cortez?  Why don't you bring a ruthless band of cutthroats in here to kill Quiet Bird and I'll go crazy and track 'em south to warmer country?  How'd that be?"

Me:  "All right.  Just let me finish up this house book I'm still hammering on, and then I'll see what I can do come the first of January.  I already got a title, the first of three more in the planning.  But I sorta wanted to set it in Dakota Territory during a January snowstorm.  You're out there in the subzero temps trudging through snow and fighting wolves of both the human and animal brand?  How's that sound?"

"Yakima?  Hey, Yakima!  How does Thunder in the Snow sound?!"

The Waltons Homecoming: A Christmas Story 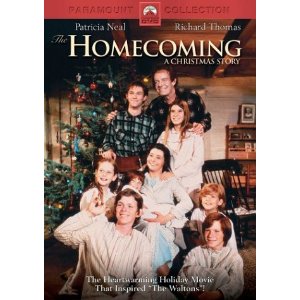 I remember watching this made-for-tv movie the first time with my grandmother, Lottie, in her chilly trailer in Rugby, North Dakota during a particularly chilly Dakota November.  I loved it then watching with Grandma, and I love it now.  I watch it whenever it's on, and just in case it doesn't come on television this year--it's gotten really hard to find in these more jaded reality-tv times--I just ordered my own copy from Amazon.

I believe this is the movie, or one of the two including Spencer's Mountain, that preceded The Waltons television series.  I enjoyed the series as a kid--of course, wanting to be a writer, I identified with John-Boy--but this Christmas special is heads and shoulders above the regular t.v. series.  It's grittier, harder-edged, and it more truthfully depicts poverty in Appalachia during the Depression or anywhere in rural America, including my own home state of North Dakota.

The best thing about it is Patricia Neal as Olivia.  I love Patricia Neal in everything, and I especially love her here, where she brings such a tough sturdiness and an admirable lack of sentimentality to the role while Olivia's obvious love for her family burns bright within her.  But she's tough because she has to be, they all have to be, for death and destruction are just beyond the timbered door.  And when her husband, John Sr., played by the great Andrew Duggan, doesn't make it home when expected from the city where he's had to take work to support their family, she sends her oldest son, John-Boy played by Richard Thomas, out into a snowstorm looking for him.

Cleavon Little is also terrific as the preacher of a black church who brings John-Boy in out of the storm and gives him a big dose of spirit just when his own is beginning to wane.

THE HOMECOMING is great story well-acted with a heartfelt and not overly sentimental message about spirit, pride, faith, toughness, and the bonds of family.  I have a knot in my throat just thinking about John-Boy opening up his single Christmas package under the tree and finding a whole passel of Big Chief writing tablets!

I can hear Grandma sniffing into her tissues even as I write this, and feel that hard knot in my own throat...

[Stay tune for more of this sentimental sap's holiday favorites...] 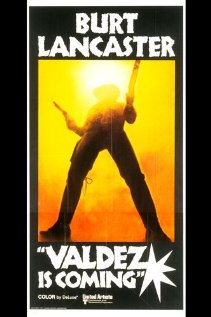 I've been watching this on the Westerns channel of late, and it's another of my favorites.  Burt Lancaster plays the lone hero from the Elmore Leonard novel wonderfully--a Mexican American sheriff who is tricked into killing a man and leaving the man's Indian wife a widow.  All he wants is a hundred dollars from the men who tricked him so that he can get the dead man's wife back to her people.

When he goes asking politely for the money, he's beaten up and tied to a cross which he hauls across the desert on his back in one of the best torture scenes in all of western cinema.  You'd think Valdez would want revenge for that, wouldn't you?  Nope.  He still just wants the one hundred dollars for the dead man's wife.

And how gets it is very satisfying indeed.

In the "now for something entirely different" category, I've heard this Longarm, due out in a couple of weeks, is dang good, as well.  The writer tells me that all the friendly encounters are based on personal experience, but if you knew the jake like I do, you'd never believe a word he says!

(Still, I got a feelin' the book ain't half bad and might even be worth reading.) 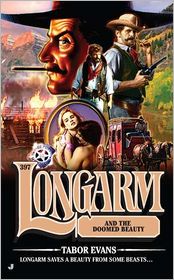 The Man from Snowy River! 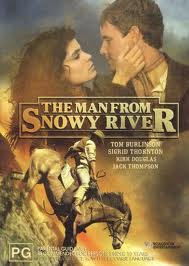 Call me a romantic freakin' fool, but god how I love this western!

And it's not even a Western-western, it's an Aussie western directed by the great George Miller!

Yeah, I know.  I should like RIDE THE HIGH COUNTRY or THE WILD BUNCH or at least SHANE  better, but damnit I just don't.  This one has it all--romance, a beautiful black horse snorting vapor at the full moon, a score that makes a grown man sob, and Kirk Douglas in a double roll as an asshole rancher and the twin brother whose leg the asshole rancher shot off because Spurr was caught in a romantic tryst with the money-grubbing asshole's wife...

And a beautiful but strong girl who needs recusing by the tragic hero on a lonely cliff in the middle of nowhere.  I mean, dangit, it brings a fella to tears!

This is it--everything a movie should be and so few aren't.  A truly great western and my number one favorite.
at November 09, 2011 4 comments: