ON STARTING THE NOVEL, or Let Your Wolf Howl! 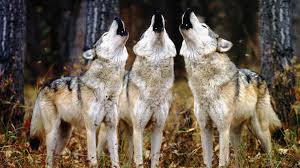 On Starting the Action Novel

If you really want to write that novel you’ve been telling everyone...or secretly telling yourself...you could write better than that guy Brandvold or any of those other fast-typing hacks living the high life and getting all the women...or men...it’s time to sit your ass down and start typing.
Too many writers or would-be writers think too long and hard about how to start. Sometimes they spend years—lives!--not writing but just yacking about what a gem they could produce if they could get a long vacation or if their wives or husbands would leave them. Of course it’s easier to yack about something and hold high opinions about it when you really haven’t done it yourself. For some reason writing seems to attract this kind of scrutiny and verbal bluster more than any other craft I know.
It’s always the would-be writers who are the real writers’ severest critics.
How many non-electricians sit around blathering about what a much better job they could do wiring a shopping mall than the real electricians currently mucking around the job site?
(Yeah, I got baggage.)
In the overworked parlance of the writing trade, show don’t tell!
Drop some wood or vacate the privy!
Sit your ass down and write that gem...
What I do before writing that first sentence is take a long walk or head off on a bicycle ride and give my imagination “its head,” to use the argot of the Old West, my own arena of choice. I let the horse of my mind find its own way over mountain and plain.
A long drive works well, too.
If you want to write, you probably have a good imagination. So let it go. Turn your wolf loose. Let it howl.
Daydream. 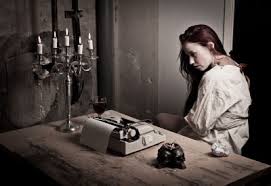 When I was a kid—and even now, at 52 years of age, I’m just a little embarrassed to say—I’d read a book or a story by Ray Bradbury or Edgar Rice Burroughs or watch a favorite TV show like Star Trek or Gunsmoke or High Chaparral (or like The Rifleman, which is playing now as I knock this out)—and then I’d go out to the grove of trees that separated our yard from the open prairie, and reenact the story. I’d cut loose and gallop my imagined horse or shoot my phaser with all the appropriate sound effects.
Believe me, before it was time to head inside for my nightly bath, the bad guys would go down ahowlin’!
And I’d be lucky the neighbors hadn’t had me locked up in the local nuthouse...
That part is fun. But it has to be focused fun. Close off from your mind all other thought-clutter and worries and remembered petty and/or major slights you endured that day from your kids or dogs or boss or spouse, and really see in your mind the world of the book you want to write. See all the color, hear the sounds, smell the smells. See the characters in details every bit as cinematic as those on the movie or television screen or on those brittle, faded but still crystalline pulp pages bowing your shelves.
But don’t take all day about it, fer cryin’ in the Queen’s ale!
You can’t imagine every scene. Just a couple of the main, gnarliest, most high-octane ones will do. Entertain yourself. Make your eyes bulge and your heart skip beats. Laugh out loud! Don’t worry if the neighbors come to suspect you’re demented. I can tell you from my own personal experience that if you’ve gotten this far in this essay, your neighbors (and probably everyone you’ve ever known) already suspect you’re a few shots shy of a full barrel.
Give yourself an hour or two of focused daydreaming fun, and then get to work. Don’t worry about trying to see all the plot points and twists and turns in the story. Just bring brief but three-dimensional flashes of your book to life in your mind’s eye and then come up with a terrific opening scene that will set up everything and draw your readers into your story.
The main thing is to imagine the general thrust, a compelling hero, and an equally or even more compelling villain. (The general thrust might even be going too far; mine usually change by the third chapter, anyway.) Just for kicks and giggles, you might want to also conjure a dusky-eyed damsel...or stud...or two. Then quickly imagine an opening scene that will hook the reader and keep them turning the real or virtual pages. Don’t worry too much about the scene that will follow that first scene, because that scene will lead you to the next, and the next scene will lead you to the next, and so on, until your book has taken over your life and your spouse is thinking you’re in dire need of a Carnival cruise or a lobotomy. (Aren't they the same thing?)
By the time you’ve done that first, fun, hard work—inside of an hour or two, because you’re a doer and not just a talker—you should feel as though you’ve just peed on an electric fence. You should feel your hair spiking and your heart hiccupping and your fingers tingling, and all you can think about is sitting down at your desk or grabbing the laptop and sinking into your favorite chair and letting your wolf howl. 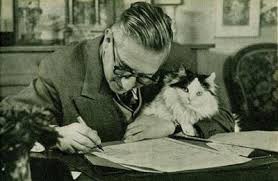