(I'm reprinting this from a mother's day past...) 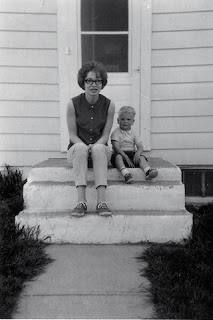 My mother never met a grisly story she didn’t like.
And she never met one she considered unfit for her children, no matter how young we were. In fact, she often retold these stories to my little sister and me with startling, sometimes morbid delight, as though she not only wanted to tell us stories of death and grisly destruction, but she considered it her parental duty to do so.
I’m not just talking about the vague imparting of mishaps in broad strokes, either. I’m saying she really got down there in the muck and with a keen reporter’s eye relayed calamities she’d heard from another party or recounted those that she herself had witnessed first-hand.
I once heard my grandmother tell about how “Daddy,” which is what she and everyone called my grandfather, had “cut himself with a hatchet” one day when the children were young, while he was out splitting firewood. For my mother, my grandmother’s tepid little generalized anecdote was much too murky and way too lacking in all the horror, dread, and grisly details of the actual event.
Though I and my sister were standing right there and I was probably only six years old—if that—and my sister was three years younger, my mother hopped right in with: “Oh, god—I remember that day so plainly! He buried that blade so far in his leg I didn’t see how anyone was ever going to get it out. I think Bud or Wayne finally got it out, but only after a lot of pulling and grunting--and oh my gosh, there was blood everywhere!”
“Oh, Yvonne--the kids!” my grandmother scolded my mother, jerking her head at my sister and me.
The admonishment didn’t derail our mother a bit. The proverbial horse was out of the corral and it was galloping across the back forty...
“I remember we got him into the car, that old Model-A we had, and we all thought for sure he was going to bleed to death before we got him to the doctor in Rugby--twenty miles over rough roads. He was as white as a ghost! And afterwards, when he was all sewn up and we got him home, we kids had to go out and clean the blood out of the car. I remember his boot was half-full of the stuff!”
“Oh, Yvonne!” our grandmother admonished once more in defeat.
But it was too late. The horse was heading for the neighbor’s filly, and the image of that bloody axe and the deep gash in our white-as-a-ghost grandfather’s face had been burned into my and my sister’s impressionable young brains. 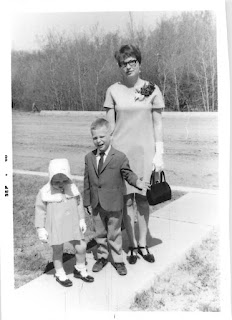 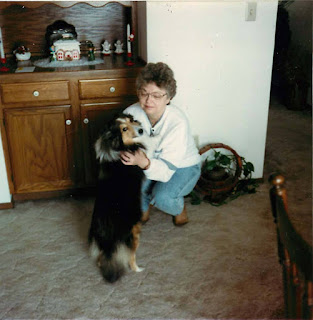