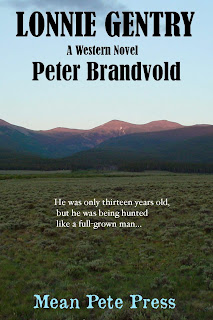 Lonnie Gentry is the novel Mean Pete is currently working on.  It's MP's first venture into the Young Adult Western genre, though MP thinks adults will love it, as well... 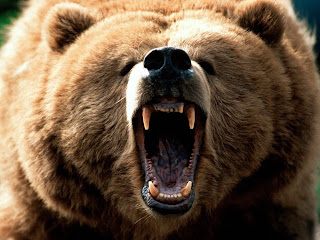 (I'm hoping that Five-Star will publish this in hard-cover and trade paperback and in large-print, as well.
Mean Pete intends to publish the digital version his nasty ole self...within a year or so....)

Here's an alternate cover.  Let me know which one you prefer, will you?  Or, maybe neither... 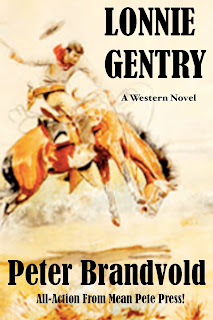