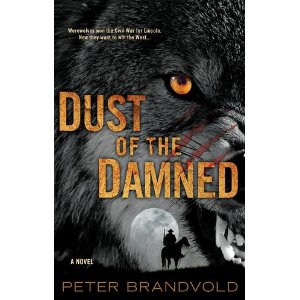 My sci-fi/western--or weird western--is now available from Berkley, who put a damn nice-looking cover on it.  This is an action-adventure tale set in the Old West that involves the bounty hunters Uriah Zane and Angel Coffin, and a whole pack of werewolves that Lincoln hired to win the Civil War.

They did win the War...and now they're doing so much more, including running wild with a beautiful Mexican witch in the American Southwest!

Can Zane and Angel run the ghouls to ground, with the help of fellow ghoul-hunter Jesse James?

This is my pulp-style homage to some of the writers from both the sci-fi and western genres I most admire, including C. L. Moore, Leigh Brackett, Henry Kuttner, Karl Edward Wagner, Gordon D. Shirreffs, T.V. Olsen, and H. A. DeRosso.  I should also mention Terry Harknett, aka George G. Gilman who wrote the wonderfully grisly EDGE books (and is writing them again now!) as well as the great Laurence James, who started the DEATHLANDS series for Harlequin under the name James Axler, and remains one of my very favorite action-adventure writers.
at January 03, 2012