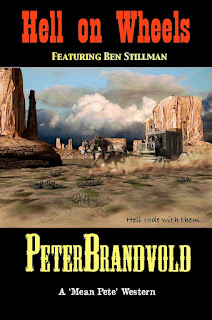 This is Number 6 of the Ben Stillman titles though it's not necessary to read the books in any particular order after the first one, ONCE A MARSHAL.  It's up and running on Amazon for 2.99 and should be up soon at B&N for Nook, as well!

This one brings together the entire cast of main characters from the fictional frontier town of Clantick, Montana Territory, and puts them on a stage with Ben Stillman and a Judge who some crazy ex-Confederates are gunning for.

By the way, the town of Clantick is/was really the town of Havre up on Montana's Hi-Line--the region set along the Milk River and the Canadian border.  This is where my ex-wife and I spent five good years living in an old hired-hand's shack on a working cattle ranch in the foothills of the Bear Paw Mountains.  In the books, those mountains became the "Two-Bears."  We were teaching English on the Rocky Boy Indian Reservation at the time, which I think was and probably still is the smallest and most remote Indian reservation west of the Mississippi.

I loved that area.  My dog Old Shep and I hiked nearly every peak and coulee of that picturesque little "island" range.  Skiied a good bit of it, too.  I used that area in all the Stillman books and hope to continue using it again when I start the next Stillman original later this winter.

Here's Old Shep when he was young. 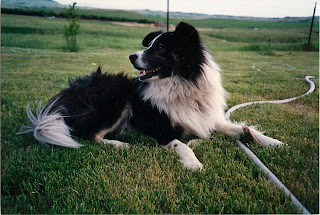 Here are the "Two-Bears", aka the Bear Paws: 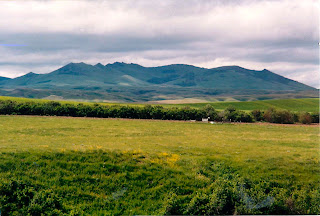