Bullet for a Virgin, Part One--"Rainy Night in Sonora" 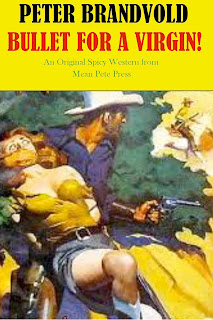 Here's a sneak preview of my soon-to-be-published, spicy pulp western novella, BULLET FOR A VIRGIN.  The yarn's sort of like those you'd see in the old Ranch Romance magazines of the 30's and 40's.  But hotter!  And bloodier!  With even more pistol bams!  But with just as many exclamation points and ellipses...!

This should be up soon at Amazon and Nook for $2.99, which ain't bad for a Mean Pete Press original publication....  (See what I mean about the ellipses?)

So, welcome to Mean Pete's spinner rack in cyber space!  (Don't forget to hide the rag from your ma!)

BULLET FOR A VIRGIN

"This is a book that all fans of Peter Brandvold should make sure they don’t miss, especially if you enjoy reading about Lou Prophet... 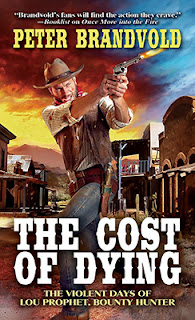