Mean Pete on How to Write Kick-Ass Action--Tip #1! 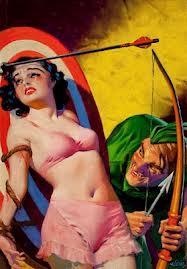 MEAN PETE’S DANDER IS UP
(and bad writing’s to blame!)

Last night, Mean Pete was sitting in his favorite chair near two snoring curs and a frothy beer, a Rocky Mountain snow ticking against his window, trying to read a book--a recent western novel published by a major New York City publisher.

The emphasis there is on trying.

Pete found the sentences--one after a-freakin-nother--as limp as over-cooked spaghetti noodles, the plot as moribund as mules mired in quicksand, and the characters about as compelling as a wild Saturday night with tea-totaling, Yahtzee-addicted in-laws.

Mean Pete would have thrown the mass-market paperback across the room and against the wall, hard, if it hadn’t been on his Ipad.

Now, if you follow his blog or read his books, you might have already gotten the idea that Mean Pete can be a crotchety SOB at times.  No, it’s true!   Just ask his ex-wife.  But nothing gets him crotchetier than poor writing--especially when so much of that poor writing is being published these days--and not just self-published, either, but printed in both mass market paperback originals as well as hardbacks by the Big Six big-city publishers...

And sold for eight bucks and more!

So Mean Pete, who has published over 70 books over the past fifteen years, has decided to forsake the pretense of humility and offer his own writing tips to those who might see some value in them and even employ them in their own writing.  Now, Mean Pete is not proclaiming absolute mastery of the subject at hand, but...ah, well, okay...

These tidbits are mostly geared for folks writing pulp-style action novels and romance novels, but Mean Pete contends in his own stubborn way that if the thin-lipped, high-brow literati would use these techniques, more novels touting themselves at lit-ra-chuh would be more than mere print-substitutes for Ambien.

Read on for Tip 1 and stay tuned for weekly writing tips brought to you on a take-‘em-or-leave-‘em basis but at no charge (though beer is greatly appreciated) from Mean Pete Press! 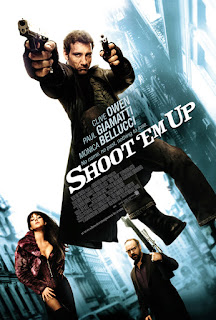 HOW TO WRITE KICK-ASS ACTION

One of the problems with the book that Mean Pete was trying to read last night, and that caused him to grind his molars to a fine powder, was that while the writer started with dialogue and some fairly nifty action, he didn’t stick with the action.  He treated the action like a common whore and set it out with the morning trash!

For some reason, writers--even writers who have gone way beyond their freshman year creative writing courses (the writer of this tepid yarn supposedly has published over 70 books!)--have more faith in exposition than they do in action.

In TELLING more than SHOWING.

We are a cinematic people.  Unless we’re big fans of Henry James or Jaqueline Susann (yes, Mean Pete couldn’t groom her gravel but she was a shitty writer) we don’t read novels to get a voice in our ears droning on about what happened BEFORE the action of the book takes place.

We read novels to have movies acted out in our heads.  And we don’t go to movies to have the screen go dark for long stretches of time and for a voice to come over the speakers telling us a bunch of crap that the actors should be showing us on the screen.

And I don’t mean in flashbacks, either.  But more on the dastardly flashback in another catty post...

The scribbler of last night’s book (which had a damn nice cover, by the way) opened with dialogue and action, which itself could have been much better if he’d stayed in the lead character’s point of view instead of bouncing around all over the place, but more on point of view in coming tips...but after only a few paragraphs of action, the writer gave up on the action and went into several long paragraphs--long, dense, tedious pages, even--of background information on how the lead character got to where he is when that first scene opens.

What this writer should have done to keep the reader riveted instead of yawning was stuck with the action and folded that background information into the scene in much the same way a baker folds an egg into his cake batter--with quick, deft strokes.

Readers should get all necessary background information almost subliminally, semi-consciously, so they don’t even realize they’re getting it much less getting it choked down their throats on a long spoon, or watching in shock and awe as the writer walks out from behind the curtain to give a lecture.

Ways to do this “tucking” are:

Through quick cuts to the point of view character’s thoughts.  (Though please don’t write a sentence like: “...he allowed his thoughts to wander back in time, back, to when he first became part of the John Anryn Institute, to when he had become the enforcer...”  I swear on my beer fridge--that’s an actual line!)

Through dialogue, though you have to make the dialogue seem plausible and not heavy-handed--“Hey, Duke, how’s that girl doing--you know, the busty blond from Texas you met at Hooters and who’s only twenty-four years old and has a black belt in tai-kwan do...?”

And through very brief strokes of exposition that are so deftly written and so closely aligned with the point of view character’s consciousness, that the reader can’t even distinguish them from the main, colorful, rousing action of the scene.

If you do it like that, and not take the lazy way out, the reader will be riveted all the way through the scene.  And when he gets to the end of the chapter he’ll be cussing you, the writer, for making him continue on to the next chapter to see what happens next when he should be getting his beauty sleep!

(You just gotta hope the feller’s not an airline pilot...)

Come on back soon for another crafty tip from Mean Pete, His Own Mean An’ Nasty Self.  Till then, we'll be hangin' 'em high here at Mean Pete Press! 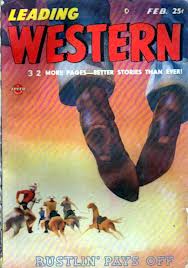