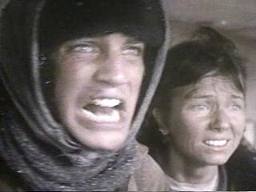 DRIVE YOUR CHARACTERS LIKE A RUNAWAY TRAIN THROUGH YOUR READER’S BRAIN!

Here’s another Mean Pete pet peeve--one of many, naturally, but this is not the place to wax nasty about old ladies driving slow in good weather...

I’ve tried reading way too many novels in which the lead characters are flatter than old beer.  Not to get mean, but since the author is dead, anyway--the James Bond novels are a good example of this.  And so are too many contemporary mysteries, westerns, and other action-oriented books.

I think the crux of the problem is this:  Writers are so careful when formulating lead characters that they’re too careful.  They don’t give the lead characters enough definition.  Somewhere back in their minds, writers think heroes need to be so morally, intellectually, and psychologically superior to the general populace that the lead characters don’t quite become human.  They don’t have enough distinguishing quirks that make them leap off the page and into the reader’s lap.

I’ve read way, way too many novels in which I wish the writer would have spent more time with the bad guys or bad girls they’d created, because the hero was so dry and one-dimensional and, thus, predictable, that every time he or she walked onto the stage my eyelids grew heavy.

That’s a problem with courtroom thrillers as well as spy novels.  And it’s an especially big problem for beginning writers.

Here are three ways to fix it.

1. Give your hero/heroine some distinguishing physical characteristics.

Make him taller or shorter than most folks, or give him another feature or two that stand out.

For instance, the Colter Farrow character I write under my pen name Frank Leslie, is not only a lanky kid in his late teens, but he has long red hair and a scar.  Now, scars can be too easy and thus overdone and ridiculous, but I made Colter’s scar different.  He received the scar in the first book...when he was branded on the left cheek with a tilted ‘S’, which stood for the town of Sapinero, which the evil sheriff who gave him the nasty blaze wanted him to stay out of.

The scar makes Colter feel ugly, forever unable to fit in.  It’s a personal conflict that gives dimension to his character, and it’s just one more thing that adds to the conflict in whichever story he’s in.  Colter is far from the usual, handsome, lantern-jawed hero, but he’s the hero of what is currently my most popular series.

My Rogue Lawman anti-hero, Gideon Hawk, is tall and dark, with Indian features, and he also has the blazing green eyes of a lunatic.  Louisa Bonaventure, from the Lou Prophet novels, looks--and acts--like a straight-laced schoolgirl, though she’s as deadly as a two-headed diamondback.  (The trick there is in the contrast between how she looks and how she acts, making her memorable.)

2. Give your lead characters some original personal/mental/psychological foibles.

I am right now concocting a new character for a new series, and I really wanted Mule McPherson to stand out from all the other characters I’ve written.  One, he’s a big, shaggy-headed SOB, and he’s also rather loud and obnoxious.  This loudness and this devil-may-care attitude all stems from his having seen so much horror in the Civil War. It’s made him crazier’n a tree full of owls, as they used to say.

Unlike my Lou Prophet, Bounty Hunter character, who is similar with regards to the old battle scars, this guy, Mule, is truly crazy and throws himself into trouble as though he were hell bent on self-destruction.  If he were alive today, he’d be locked up.  He’s big, burly, and bearded, and his eyes spark with boyish delight at the first sign of trouble.

What makes ole Mule so dangerous and even reckless is that he doesn’t care if he lives or dies.  This hell-for-leather quality makes him irresistible to women, though of course they want to resist him because they know they should resist him--hell, some are even hitched to others--but they can’t!

Note:  I don’t have Mule being all gloomy about his war experiences.  Another of Mean Pete’s pet peeves is the plethora of gloomy/crazy/naval-gazing characters on the market today.  Those with acknowledged drinking problems and shrinks--lead characters who spend more time crying in their beer about how mommy didn’t love them enough than running down bad guys and gals.

Mule McPherson doesn’t really know or acknowledge that he’s crazy, and he’s pretty much accepted the fact that his Confederate-sympathizing Texas ranch family has disowned him for his having fought on the Union side during the War of Northern Aggression.  It’s an itch he can’t scratch, and he does his best not to try, though of course it makes him real.  What Mule does do is something more entertaining on the page--he chases tail and swills bourbon like they’ve tapped the last cask!  And he never once considers a 12-step program.  (Though of course if you and I were indulging in such behavior, we probably should consider one...)

3. The third way to make your lead characters leap off the page and through your reader’s retinas is probably the most important one:  Test the living hell out of them!

I mean, really run them through the mill.  You might have one main problem they’re trying to solve, which is Hitchcock’s “MacGuffin.”  I love that term because it really doesn’t mean anything, because what it stands for--the main point or problem of your tale--doesn’t really mean anything, either.

What’s important is how the hero or heroine figures the problem out, or rights all the wrongs.  What should be the most interesting part or parts about the yarn you’re spinning is all the crap that happens to your lead character along the road to Resolution.

And you should have a lot happen to him--gunfights, stabbings, poisonings, Mexican imprisonings, car chases, tiger attacks, wicked women throwing themselves at him for sundry nefarious reasons--just every near-death experience you can come up with.  Throw the kitchen sink at the poor SOB, so that by the end, the guy or gal has been dirtied and bloodied nearly beyond repair...and the reader’s eyes are nearly popping out of his head because you’ve run a freight train right through his brain! 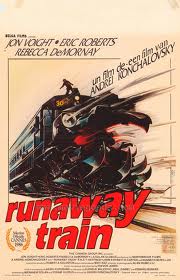 Check back for another invaluable writing tip from Mean Pete next week.

Till then, stay angry.

(And keep Grandma off the road!)