Paradox Falls FREE on Amazon Through the Weekend! 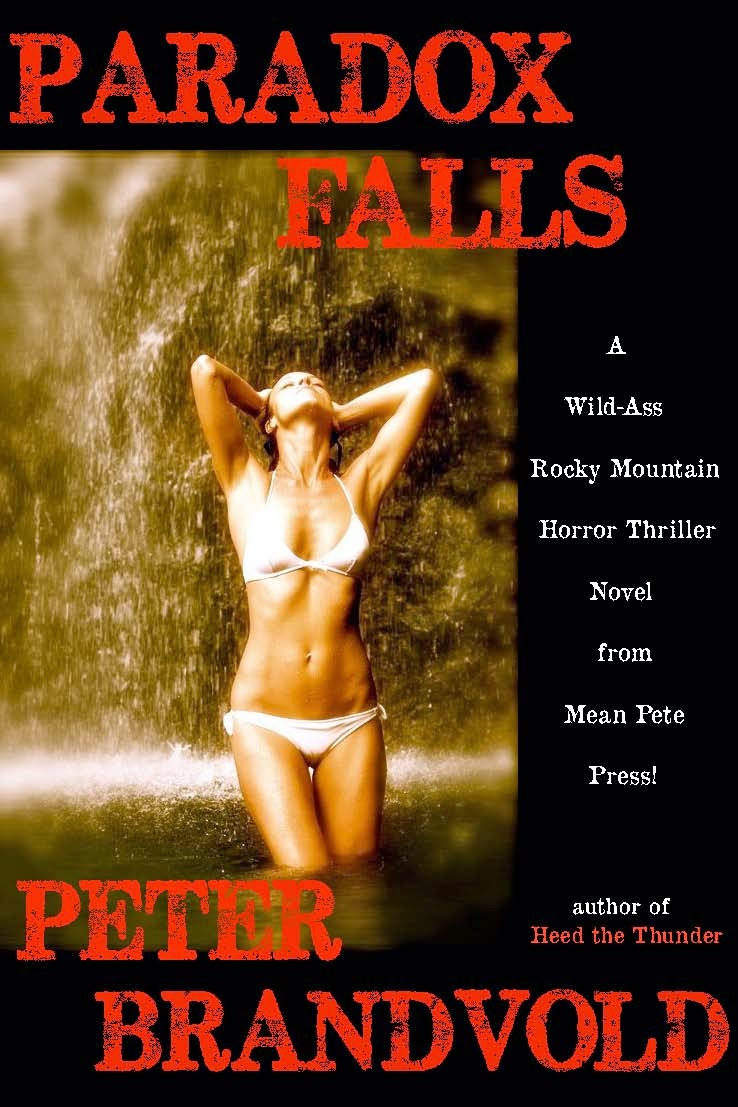 Go on over and snag yourself a free copy today…or tomorrow…or even Saturday or Sunday for that matter… And I'd love to hear your thoughts. This is the first non-western novel I've written, but I had one hell of a good time hammering it out. And I'll be working on another one soon.

Here's what James Reasoner had to say about it on his Rough Edges blog:

FULL-THROTTLE ACTION
PARADOX FALLS is Peter Brandvold's first true horror novel, although he's included horror and supernatural elements in some of his Westerns. It's a good one, too, as the plot finds three old friends upholding a tradition as they hike to the top of a mountain in Colorado. Jake is a writer, not as successful as he'd like to be, and when he and Ashley were teenagers they were each other's first love. But Ashley is now married to Dave, Jake's oldest and best friend, so anything that was between him and Ashley is long since over and forgotten.
Sure it is. With a setup like that, you know there's going to be plenty of tension on that hike to Paradox Falls, but if that's not enough there's also a serial killer loose on the mountain, a fortune in hidden gold that may or may not exist, a sinister, crossbow-wielding old-timer who may or may not be what he claims to be, a beautiful coed with a secret of her own, and assorted other complications.
As you can tell, Brandvold has packed a lot into this relatively short, fast-moving novel, and it really kept me flipping the virtual pages. The action takes a while to get started, but once it does it's full-throttle to the end and even more effective because of that build-up. Brandvold is one of the best Western writers in the business today, and PARADOX FALLS demonstrates that he may well have a fine career as a horror novelist ahead of him as well, if he pursues it.
This volume also contains the previously published horror short story "Devlin and Johnny Forever", which is also excellent and helps make PARADOX FALLS well worth picking up.
at June 05, 2014