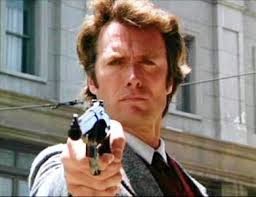 This is a treatment for a movie I wrote recently. It's the sort of movie Clint Eastwood used to make back in the 70's and 80's, the kind of movie John Milius or another of my favorite screenwriter/directors, Charles B. Pierce, would also make back then--with Arnold Schwarzenegger or Burt Reynolds. It's the kind of movie that could be made today with any number of younger talent, including one of my favorites, Ryan Gosling or, heaven forbid, Brad Pitt! 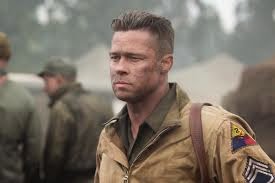 I thought I'd post it here and see if it catches anyone's eye. I figure it's better than sending it out snail-mail to all the studios…or playing the lottery….

“His son was all he had
and they framed him for murder.
Big mistake...”

This is the story of a beautiful young college woman who gets involved with this site and about her young college boyfriend who becomes blamed for her murder.  It’s set in an affluent small city with a prestigious university boasting a Big Ten football team nestled in the eastern Rockies north of Denver, Colorado.  I’m thinking Boulder--Jonbenet Ramsay country--but let’s call it Mount Evans.

That stately, snow-mantled peak watches over this picturesque city along the Big Thompson River.

The young woman, Blaire Reynolds, is found dead in her condo overlooking the river.  Beaten to death.  The last one seen with the girl at a college hangout where both appeared drunk and were arguing is Danny Anderson, a star Grizzlies linebacker.

Danny’s a big, good-looking kid from a farm in North Dakota, affable in a toothy Midwestern way but whose on-and-off relationship with the capricious Blaire has caused him to drink too much and get into fights, which is very uncharacteristic of this kid who everyone endearingly calls “Plowboy.”

And now Blaire’s dead--both eyes swollen shut, dislocated jaw, severe trauma to the brain--and the cops find Danny passed out in his frat with a bloody towel on the floor, his bloody shoes on the floor, even blood under Danny’s fingernails.  His knuckles are scraped and swollen, as though he punched a door and maybe a face.

His blood alcohol level is over the top.

The cops discover that Danny’s towel and shoes are covered with Blaire’s blood.  And since he was the last one seen with her, and they were arguing, and he was seen punching the door of her car as she was leaving the Blue Boar and trying to get away from him…

His father, Dave Anderson, from Limon, North Dakota--a farm-tough, no-nonsense, square-jawed guy--mid-30’s to late-40’s--drives out to Mount Evans to find out what has gone so very wrong in Danny’s life.  Wearing his traditional soiled feed cap, Dave pulls into this politically liberal, moneyed town in his muddy Ford F250 truck with a Winchester racked in his back window, and his scruffy blue heeler, Hank, sitting the passenger seat like a “Montana date.”

Dave doesn’t believe that his son could have killed this girl.  But after talking to the cops and his son’s friends, and the people who were in the bar that night, he begins to believe it’s true.

He doesn’t have money for a lawyer.  Danny was attending the U on a full football scholarship.  The bank is about to foreclose on Dave’s farm.  His beloved wife and Danny’s mother, Denise, died last year when a bridge went out on their county road, and Dave blames himself because when he drove out looking for her, when she hadn’t shown up at the bowling alley she worked part-time at, he drove his car into the same wash in which Denise lay dying, landing atop her car and, possibly--though he doesn’t know for certain--killing her.

Blaire Reynolds was a California girl.  Her father is a wealthy film producer, her mother a socialite.  Her parents drive out to Mount Evans to make sure the district attorney punishes Danny to the nth letter of the law and then some.  CNN gets wind of this high-profile murder in the same town in which Jonbenet died and Robert Redford’s daughter’s boyfriend was also killed, where Mork and Mindy was set…this beautiful, troubled place…and it becomes a big media event.

Anderson Cooper is here.  Bill Maher.  Oprah--“how do we protect our young women when we send them off to college with thugs?”

The president of the college, Don Christopher, is interviewed over and over.  We see him and his smiling, well-groomed wife, Georgia, on one show after another assuring everyone that “Plowboy” will be severely punished, that his university does not condone violence against women.

The court appoints an attorney for Danny.

He and his dad are in a tight spot, but Danny insists he’s innocent though he hasn’t a inkling about who could have killed Blaire.  He and Blaire had been fighting because she kept wanting to breakup and get back together, and she’d been taking more and more pills and seeing other guys, and it was driving him nuts.  He went to her apartment that night to make amends, and that’s when he found her.  He panicked.  He ran…

Dave believes Danny because he wants to believe him…he’s his only son, for chrissakes, and Danny wouldn’t do this…and Dave sets out to find out what really happened that night.

What Dave does manage to find out in his fumbling, amateurish fashion, with the scruffy Hank at his side (the unheeled heeler offends the sensibilities of the town’s rich yuppies and wealthy hippies here to attend a prominent Buddhist academy) and his beatup pickup always in the background of this “green” little city, is that Blaire and two other young women had a scheme going where they taped movies of themselves fucking their teachers.

If the teachers didn’t cough up a few thousand dollars, or good grades, the movies would hit the website PORNAGE.  Dave runs down one of the teachers, but not before the man falls to his death in a rock-climbing accident.

The other two girls gave up the scheme, because they’d both been threatened by the men they’d tried to blackmail, but Blaire had discovered she had a flare for this sort of work, and became addicted to the adrenaline rush of the danger…and kept pulling these stunts until she decided to set her sites on the biggest game of all--President Don Christopher himself.

Dave learns this from one of the other two blackmailers--Tiffany Thomas.  Tiffany is scared because someone’s been following her lately, so Dave has a rough time pulling the information out of her, and just before she’s about to hand over a flash drive that she insists will clear Danny’s name, she dies in a kayaking accident on the Big Thompson.

When Dave is on his way to visit the other girl, Angie Mason, who lives in a sprawling Spanish-style casa in the mountains above town, his old truck gets a bad case of low brake-fluid, and he puts the F250 in the river.  He saves his dog, however.  And his rifle.

He kills the two men who’d been tailing him to make sure his brakes failed, and then he climbs the mountain to see Angie Mason.  Angie reluctantly shows Dave how the blackmailing scheme went down right there in her own house.  Angie’s parents were always running off to Tibet to study with their Buddhist monk gurus, so she pretty much had the house to herself.  She shows how the hidden cameras worked, and then how the taped “sessions” showed up on the website.  Dave is shocked to see his own son there, with Blaire.  As if making love isn’t real enough, exciting enough unless it’s made public, for all to see...

Angie confessed to Dave that she has a copy of the flash drive--Tiffany copied it because she knew she was being watched.  Angie slips it into her computer…and Dave sees Blaire and President Christopher…and President Christopher’s wife, the well-bred Georgia, in compromising positions while moaning and groaning with this beautiful young woman.

The windows of Angie’s grand house shatter in a hail of machine-gun fire.  Dave and Angie escape through an old mine shaft on the property, and climb down a dangerous rock wall.  Dave with Hank and Angie’s help kill the gunmen after a long, hard battle--the would-be assassins are three campus cops who Dave had seen around the college--and he and Angie reach town just in time to sit in on Anderson Cooper’s on-campus taping of his interview with the President and Mrs. Christopher.

Dave tries to break in and tell the true story, but he is wrestled down by other campus cops and hauled off to jail.  Angie slips away.  Meanwhile, Anderson Cooper’s taping is interrupted by one of his producers alerting him to a video now being shown all over the Net--a tape showing the Christophers and Blaire on a giant bed in a large room appointed in the Spanish style, the wind rustling gauzy red drapes over the windows.

…And then a couple of campus cops beating the screaming Blaire to death in her dorm room before slipping out a window.

In real-time, we see the Christophers being hauled kicking and screaming off to jail while Blaire’s moneyed parents watch, shocked and horrified.

Dave and Angie sit in the raucous stadium bleachers with Hank, cheering for Danny as “Plowboy” makes a fabulous, touchdown-saving tackle.
at March 24, 2015