Mean Pete and the Rogue Lawman Head for Kickstarter! 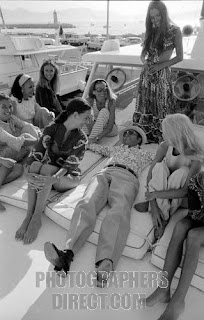 Mean Pete and the Rogue Lawman are heading for Kickstarter.com, probably the hottest project-funding site on the Web!

What that old rascal Mean Pete and some friends want to do is get the Rogue Lawman series of western novels turned into a weekly television series.  Sort of like the recent DEADWOOD and HELL ON WHEELS.

And if you ask me it's about time we get another gnarly series back on the air and if Mean Pete may say so himself, Rogue Lawman would be the gnarliest of the gnarly kick-ass series.  About the only thing I can stand to watch on television these days is VIKINGS, and that's sort of how I see the saga of ole Gideon Hawk.  Violent, sexy, mean, nasty (sorta like Pete himself!) but also with great characters and storylines.

Dermott Downs, a television direction and director of photography who has worked on the NCIS shows among many others has adapted my Rogue Lawman short story "The Lonely Widow."  I'm telling you the script rocks and then some!  (The story is available for .99 cents at Amazon and Barnes & Noble, wink-wink.)  You'll be able to read Dermott's script soon at Kickstarter.

So as soon as me and the fellas get the videos up on Kickstarter--the ones in which we beg and cry for money so we can get a pilot show made and hopefully sold to the television network bigwigs, I'll post the link here and you can go over and throw money at us!

Oh, the pic at the beginning of this missive is actually Harold Robbins out in Hollywood but you can go ahead and use your imagination to post Mean Pete's likeness (above right) onto Harold's face...

Hey, a feller can dream!!